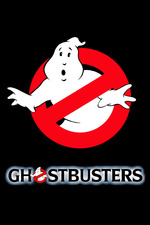 Ghostbusters is a film about a group of paranormal scientists opening a ghost catching business and getting way in over their heads. The film is a great sci-fi comedy driven by wonderful performances by Sigourney Weaver, Dan Akroyd, Harold Ramis, and, especially, Bill Murray. Ernie Hudson and Rick Moranis also add a lot to the film and I'd be remiss to not mention them in this review. If you've never seen ghostbusters... stop reading now and go watch it.

Technically this film is amazing from a pacing, effects, and camerawork perspective. It is amazingly well made and the director Ivan Reitman knew to let the characters drive the action and story. This is done with great reaction close-ups and driving the eye to the characters on the screen. The effects for the ghosts and other monsters in this film still look amazing even 30+ years after it was made.

Thematically speaking, this is a comedy so theme isn't really too important. However, the idea of opening up a business to combat ghosts and turn a profit is very capitalist. The fact that their first big opponent in the film is a representative from the EPA is somewhat telling and it's this regulations officer who ends up causing the most trouble for them. Maybe I'm looking more into this then is really there, but this is what I see. Something I'd like to point out here, the film is played straight, meaning they treat the subject matter in the film as if it were in the real world. This adds to the comedy since it's not really zany, cartoon humor but instead is more sarcastic and relatable. Like if you and your friends were the characters.

Entertainment wise, this film is one of the most quotable and easy rewatches in my book. I think I've seen it over 1000 times now in my lifetime. With a run-time of 105 mins, that means I've spent more than 10 weeks of time of my life watching Ghostbusters... and I would still watch it again. Bill Murray of course steals the show whenever he's on screen but all the other characters have their moments which are important to the film. Like I said in the first paragraph... if you haven't seen this film... stop reading and go watch it now.

Since I'm going to have to round up for this film due to it's ability to stand the test of time, that gives Ghostbusters 5 'Proton pack's in my book.

I'd recommend everyone watch this classic film bar none.