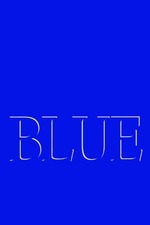 A real testament to what filmmaking can be. Jarman, has always been one to work with a small budget, cast, and crew, never letting it stop him from achieve his personal and creative vision. With his final film Blue he pushes the limits to what can really be considered a film; with one of the most unconventional ways of presenting your art in this medium. Some may look at this at first glance and just see it as a "pretentious" film with no point in being the way that it is, but I can assure you that is far from the case with this film.

Taking you through the mind of Derek Jarman in the last act of his life, living with AIDS, slowly dying, and going blind because of it. He has the audience understand his struggle by having them experience things the way he's currently experiencing them at this stage in his life. The narration painting very detailed pictures of what's going on around Jarman, and the thoughts that are bubbling up in his mind; all narrated wonderfully by Nigel Terry. The entire time we are listening we are still forced to look this shade of Blue that engulfs the screen for the entire film. Over time However, the narration, music, and sounds creative a vivid picture on its own. One that you can almost see as you look at ever stationary blue screen. The longer it goes on the more you feel like you are in Jarman's mind and see everything the way he sees and understands everything.

Truly a personal, and beautiful experience unlike any other in this medium. Something only a true artists are willing to attempt.