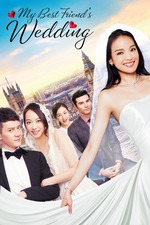 Much better than the 2019 remake, but unfortunately they replaced Rupert Everett's character with a straight dude she meets on the plane (who then pretends to be gay for a hot second, after pretending to be her fiance, for... reasons?) (Bad reasons.)

This is first of all BORING but also disappointingly eliminates one of the best things about the original, which is the relationship between George and Julianne. All the conversations they have, about love and truth and what Jules should do, get their emotional depth and heft from the connection between George and Jules (and Rupert and Julia, but that's an unfair standard). Without that underpinning, these conversations are just a series of platitudes being wedged into the script. Not only that, but the ending of the original is delightfully subversive, centered around Julianne acknowledging and accepting two different kinds of non-romantic love from two people who mean a lot to her. The loss of George is a huge blow to this subversiveness, and is accompanied by several other smaller tweaks that push this version into much more hetero-normative, marriage-as-a-life goal territory. (No thanks.)

I did appreciate a lot of the other ways they deviated from the original to create a different take on the story. (Though not the way they handled her career; you can't tell me she's driven and also show me her abandoning her job on arguably one of the most important weeks of the year.)

Wonderful acting from Shu Qi, who almost made me forget about Julia Roberts for a moment during the ferry scene - which is quite the accomplishment, because that scene with Julia and Dermot and the ferry passing under the shadow of the bridge is a MOMENT.