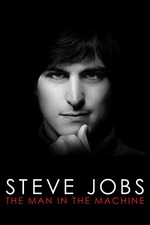 The busiest man in the movie business, Alex Gibney has another film out this year, a biopic of Steve Jobs and exploration on the phenomenon of Apple products. Alex Gibney shows Steve Jobs as a ferocious genius and a not so great human-being, possibly a fraud.

Parts of the documentary are going to seem like takedown pieces, but they actually serve the purpose in showing that Jobs for all of his bravado about thinking different, was very much a corporate animal like so many in Silicon Valley. The motion picture also doesn’t shy away from Steve Job horror stories concerning his employees. We have heard these stories before in other films and documentaries, but it is always worth revisiting.

The portions in the motion picture that concerns the business practices of the Apple Inc. are pretty damning. Steve Jobs may have acted like a monk, but he certainly did not have the empathy of one. The footage of Chinese factories pumping out plastic status symbols are grotesque and highly disturbing. The fact that one of these factories had to have nets placed outside to catch workers who were jumping to their deaths from the top of the buildings is something you would expect to see in a motion picture by Terry Gilliam.

I found the ending to be particularly powerful. It calls back to a specific moment in the film you might have glossed over as a viewer. I would have considered it pretentious if it was directed at us.

“Steve Jobs: The Man in the Machine” is arguably the best motion picture made about the man to date. It seems to me more complete than the other pictures. Yes, it covers much of the same ground, but Alex Gibney presents the material in a unique fashion that invites the viewer to question the man, the company, and ourselves. I am apparently one of the few that actually enjoyed Joshua Michael Stern’s “Jobs” that came out last year starring Ashton Kutcher as Steve Jobs. I think I responded to the picture because it was essentially about triumphing over adversity. Everything Steve Jobs did in the film would be batted down by some Luddite, and Jobs would have to overcome some obstacle of bad decisions by suits who did not understand anything about computers. He is a technological messiah. In “Steve Jobs: The Man in the Machine”, Alex Gibney asks us to think different.