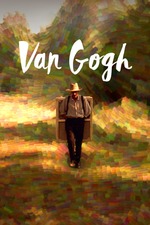 Pialat adheres here to pointillism, an undercurrent of Impressionistic painting that makes every little detail, no matter how insignificant, pop out with relevance. Even if dramatically it's not. But he's no Van Gogh.

He's one of the popes of the Nouvelle Vague, which is like punk was to rock music: a shocking Statement against the Studio System, three-acts- developments and all miss-en-scene articifialities made by Hollywood. Fat-free from improbable turning points and extravagant climaxes. A slice of life, deploy in like seems real time. The new "realism".

Likewise, like early punk, denying the artificiality of the medium was self-delusional and proved short-lived in its early form. Not free from nihilism, the current vogue would grow in esteem and respect by coupling with the model it was against in the first place. You see, post-punk was a more interesting (and less dogmatic) proposition.

So it's a disappointment seeing this film like it was filmed in B&W, circa 1962. It drags on the irrelevant for far too long. Three hours that seem like eight. Unlike say, Rohmer, Pialat didn't adjust. He seems stucked in that time.

For a while, nevertheless, it's refreshing seeing he approaches Vincent, the character, like no one had done at that moment (although Altman tried that same year with "Vincent & Theo"). A tortured soul no more, Pialat's Van Gogh is for the most part a reasonable sane person, removed from the St. Remy's infamous "ear episode", although still a struggling painter, a slightly enigmatic dilettante deep into his 30s, who just couldn't seem to stuck with one woman. Or knowing how to love one.

So the film begins with the last chapter of Van Gogh's life. A host in Dr. Gachet's house (he gets a little cell of a room with no view) and recipient of his suspicious flattering and her daughter Marguerite's increasingly chatty advances. She's young and full of contradictions. "Hysteric like your late mother", his father says at one point. It is not mentioned that this young woman would make every human being crazy. One moment playing adoration and eulogizing his work (that's what he needs) and the next throwing a tantrum at him for painting her like shit. "Marguerite Gachet at Piano" is a classic, of course.

So it's no wonder why Vincent feels simultaneously attracted and repelled by this environment. The film is full of these contradictions which extend to his troubling relationship with his brother Theo: a scene at his comfy apartment in Paris shows Vincent slapping him in the face after an argument and inmediatly followed by them embracing, out of nowhere. After that, the newly father and troublesome brother share a night with prostitutes in like seem a brothel called Moulin Rouge. Though this is never hinted, either. I won't forget to mention Marguerite has gone to Paris after Vincent and joins the party. Everyone dances and fuck the night away, drunked.

The film transpires its almost three hours between these two pivotal scenes with endlessly routine details of the everyday life in the farmhouse, the riverside, arguments that seem stucked in a loop, the same prostitutes visiting Vincent, more drinking, more aguments with either Marguerite, Dr. Gachet, Theo and his wife. Between them. Between them and Vincent. Some not only repetitive but futile. Like if Pialat knows psychology on a superficial level. Nevermind Vincent's doctor. It is like and endless after-lunch argument that has extended for far too long.

Meanwhile, Pialat never loses an opportunity to pan the landscape like it is about to be painted by Vincent. He makes sure the riverside, parties and every freaking detail (from how they bathed to how they shaved to how the did the cleansing to the oarsmen passing by the riverside shots like airplaines did in ROMA) get stucked in your brain for good.

Jacques Dutronc, who plays Vincent, underplays the role to the point you wonder whether his character really felt alienated from the inside out and not otherwise. He plays with a knows-it-all smirk that goes against everything we know about depression. Besides, any damn feeling is verbalized in the film, from his dawning migrains and physical pain to the boredom of life with no paintings to sell and no money to spend. Pialat never indulges on the character's truly special love for nature like other directors did, but that backfires when you realise his carefree approach to his psyche ends up superficial at worst and misguided at best. What there is left to say, then?

Only two sequences acquire some sort of gravitas. One when he plays by the riverside with a revolver and, especially, a late one on a train after fucking Marguerite on it: Vincent spends time adrift in his own mind, seeing outside the window, oblivious of Marguerite's complaints and (another one of her) tantrums.

This is a revelatory moment of existential tedium. Life weariness. The weight of the world in his eyes. That's the very representation of depression. But it comes so late in the film, after so many stops in the shooting of the minutia, so many formalisms grating on Nouvelle Vague's tropes (Pialat wishes he was worthy of the painter, make no mistake) my only truly wish was for the movie to end with him killing himself before I do.

But even that moment drags, incredibly. Pialat, if anything, is faithful to his old school.