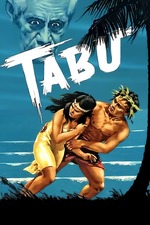 Okay. F. W. Murnau is awesome. This is my fifth film I’ve seen by him, and each one is better than the last. I started with the great Nosferatu, which I enjoyed but didn’t love. Next, I watched Sunrise, which many people consider to be objectively the greatest film of all time. I was blown away. The next three: Faust, The Last Laugh and Tabu were all super imaginative and demonstrated a control of the medium that no other director has.

Murnau’s ability to tell stories in purely visual ways are unmatched. I wish more people wouldn’t be turned off by films from the 1920s/30s, as this is a goldmine of great works by some of the most uncompromising men in Hollywood. Someone should remake Tabu, if only to allow a new generation to experience it for the first time.