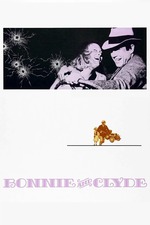 A rebellious ride, Bonnie and Clyde was one of the movies that ultimately gave birth to 'The New Hollywood", just as the characters it decided to rebel, to rebel against all the censorships that had been present over 50 years in hollywood and that had started to cease over the last couple of years before it was released, over the top violence, sexual freedom, and so much more, all the characters are layered and the actors give them life in the best way possible, Dunaway and Beatty give the performances of a lifetime, and Gene Hackman showed us what he was capable of on one of his earliest career performances, we can't leave behind the comedy genius Gene Wilder who gave us the funniest sequence of the movie when his character and his wife are kidnapped by the Barrow gang, we also get to see a bit of French New Wave influence with that quick and jump-cut editing and the cinematography and photography were both excellent, I also noticed that most (or all) of the movie was filmed on exteriors, another rebellion against the "old Hollywood".
Overall Bonnie and Clyde is one of the most important movies ever and that should be watched by anyone interested in the history of cinema (or at least American cinema), it was the movie that would ultimately lead to the abolition of the Hays Code which would allow directors to have more freedom with heavier thematics such as violence and sex.

And that Banjo music just slaps.