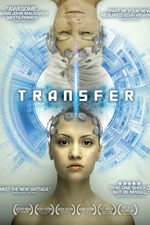 In the era where Sci-Fi equates nothing but mindless pyrotechnics with old scientific tropes, it's good to see a cerebral film which takes time in delving a bit deeper into its concept. This low key German sci-fi film initially did a great job of exploring the notion of somebody transferring their mind into the body of another, and what that would entail. Also layered in are issues of class, privilege, race, and perception. They are mostly handled well, though the racial issues come across as hamhanded at times.

I thoroughly enjoyed the film, and had myself wondering how I would handle things if I were on either end of the bargain. Tragically, this seems like yet another film where the writer and director had a novel concept, but had no idea of where to end up with it, so the ending comes across as taking an easy route, yet ultimately seems like nothing amounted to anything. It's worth a watch, but the ending ensures I'll never rewatch it.

Christmas with the Kranks