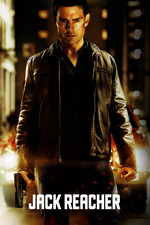 A terse thriller with Hitchcockian overtones, Christopher McQuarrie's Jack Reacher was a gentle giant amongst the blusterous action throng of 2012.

Sure there is a car chase and a thrilling climactic shootout - in a quarry, no less. But the film takes its time to build up to these payoffs. Rather than dash from one action sequence to another, an intricate web of lies, intrigue, corporate espianoge, and dead bodies builds to a slow crescendo.

Jack Reacher is military trained, an ex-MP officer who drifts from place to place. When he gets drawn into a mass shooting investigation surrounding a former sniper he once collared in Iraq, Reacher must help lawyer Helen unravel the plot.

There are a few moments that are obviously played, such as a group of thugs sent to run Reacher out of town, but the scenes are done so masterfully that one can sit back and enjoy it and put the pieces together along with Jack.

Tom Cruise is either a brilliant actor living his best life or a cuckoo bonkers crazy person - or both, depending on who you talk to. Love him or hate him he puts on an excellent performance here. Jack Reacher does not pull his punches and he never takes a shot unless he knows he can hit his target. But most importantly he always stands up for what's right, even if his way of getting things done isn't exactly within the bounds of the law.