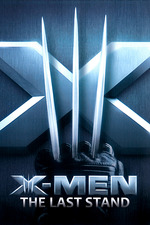 King of the hot takes, back in this piece!

So I just rewatched this. I’ve always liked this movie and never really understood why people hate and malign it so vociferously. You feel it does the Dark Phoenix Story a disservice? Ok. You don’t like the goofier, broader and more ridiculous tone? Ok.

Me? None of that stuff bothers me. If anything, the tone is what I love most about this film. It’s fun and moves fast. Sure, Ratner is an anonymous tradesman behind the camera, but he has a strong handle on the action and gets lovely performances out of his actors. There’s enough cute little touches (the girl’s lip ring sizzling after Storm hits her with lightning for example) to suggest he was enthusiastically invested in making the film as enjoyable as possible. The moody stylishness of the previous two has been sublimated in favor of an aesthetic that can perhaps best be described as “flatly accessible”, but I prefer Bret making his own film as opposed to simply aping Singer.

The important thing here is the story, the completion of the character and thematic arcs established in the last two films and the entertaining sweep of the action and this film knocks all that shit out of the park. Xavier’s demise as portrayed here is infinitely more satisfying, poignant and emotionally effective than the insult of Logan. Sorry (not sorry AT ALL) to keep harping on that movie, but watching Charles death at the hands of Jean in this made me realize another level of why I hate that movie. It’s the same as DGG’s Halloween. It’s just plain shitty to throw away canon and change everything about who established characters are and how they behave just to be edgy and gritty. To cruelly have them stabbed to death in bed by someone they believe is their last friend on earth all in the misguided service of some self serving nihilistic notions of artistic gravitas. Fuck off.

Anyway, I don’t feel like putting too much more thought into this review. So I’ll just mention some more things I love about it in a haphazard, critically directionless fashion:

To strip Mystique and Magneto of their powers after spending two film establishing how strongly they associate their identity and justifications for violence with them is structurally brilliant.

Even 12 years later, I don’t believe there has been a sequence in a comic book movie as audaciously ludicrous as Magneto snapping the Golden Gate Bridge off its moorings and flying it, encumbered with hundreds of cars and twice as many people, across the Bay over to Alcatraz. Fucking INSANITY.

Famke Janssen is fucking terrifying beautiful in this. Whether or not they did the Dark Phoenix storyline dirty (you’ll all get another version of it next year, relax), she fully embodies that sort of limitless and uncontrollable power through her presence, makeup and costume design.

Kelsey Grammar is the GOAT as Hank McCoy. And when he goes full Beast in the final battle? *chef’s kiss*

In fact that whole final battle is just frigging awesome. I don’t think people give these films enough credit for showing studios and effects houses and action choreographers that this level of superhero teamup set piece is possible.

I’m moving on to the next trilogy now. Goddamn these movies are so good.