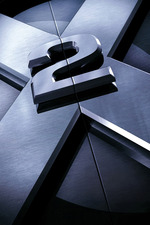 Expands on just about every aspect of the first X-Men film, and it very much remains one of the better superhero films. Where X-Men felt uncertain, this is far more affirming, and is the better for it. The cast of characters gets larger, however for the most part they doesn't get slighted. The writing feels a little edgy at times but is intelligent most of the time, always moving on from points A to B without it feeling contrived.

Brian Cox is MVP. Even with Danny Huston's decent attempt, Cox does a great Stryker. He really pulls off a slimeball of a character so well. Hugh Jackman gets a bigger presence here, and he does a great job here.

Overall, this is very much an essential superhero film, and is well worth your time. It has a strong story, exciting action, great characters and is really nicely paced, except for the very end which felt a little tacked on.