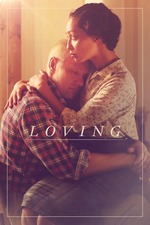 In discussing Loving with my partner Jen, she reminded me of a crucial fact, one that is vaguely alluded to but mostly glossed over in the film, as it is in history itself. When it came to challenging the constitutionality of a law, the ACLU and other civil rights organizations always had a plethora of individual violations and abuses from which to choose. We are encouraged to believe, for instance, that Rosa Parks' refusal to yield her frontward seat to a white man was a spontaneous act of defiance. But of course it was a well-considered act of protest. Everything from the choice of Montgomery to the particular wording of Alabama's Jim Crow laws, to the personality and media-acceptability of Parks, was determined to make the best, most winnable case before the Supreme Court and, just as importantly, the media.

As it happened, Parks' case got caught up in the Alabama state court system; another segregation case went all the way to the SCOTUS. Nevertheless, Parks' action and the resulting case were strategic, not spontaneous. Loving, for its part, depicts an interracial marriage as itself purely spontaneous, based on love alone. Their persecution leads to a request for help, which they receive because they fit the part. When the young, inexperienced ACLU lawyer tells them that he and his supervisor think that the Lovings have a case they believe to by "winnable," we are given that brief peek behind the curtain, seeing how civil rights reform, like any other type of effort-by-committee, is a cost / benefits proposition, regardless of how righteous the case.

From Jen's perspective, this is "branding," and not all plaintiffs fit the part. Would this film have been made had their names not been Loving? After all, "loving" was their only crime. And the Commonwealth of Virginia should not stand in the way of Loving. Hence, Loving v. Virginia.In the same respect, there is a preordained quality that Jeff Nichols brings to this material. It isn’t just because we the audience have the benefit of hindsight, although that certainly helps. Nichols’ interrogation of legal barriers to interracial marriage betrays a stately liberalism, addressing us fully aware that we, in 2016, cannot really imagine what the problem is. It would take a present-day Klansman or Nazi, someone unfathomable like Dylann Roof, to occupy the worldview exemplified by miscegenation laws, or the very concept of miscegenation.

By contrast, Hidden Figures is a film that does a fine job of displaying not just the ugliness but the banal idiocy of segregation, and this I think makes it a more palpable historical example for contemporary viewers who truly cannot imagine a world like this. It is easy for audiences to dis-identify with a mustache-twirling Simon Legree type like the county sheriff (Marton Csokas), explaining how the Lovings, Rich (Joel Edgerton) and Mildred (Ruth Negga), have “violated God’s law.” It is perhaps harder to separate ourselves from those who simply resist change because it is a hassle, and because things get difficult when you stand for what is right.

We see this at work, to some extent, in the psychologically rich interstices of Loving. There is a clear tension between Rich and Mildred as she initiates the court case, and it eventually becomes expressed as endemic to their personality types. Mildred, the more outgoing of the pair, wants to take their fight public so they might help others. But Rich, who is given to shyness, distrusts the legal system and would prefer a private life. This option isn’t available to him, unfortunately. But as Nichols shows it, he sometimes evinces a working-class sense of humility that, under the circumstances, Mildred momentarily misreads as shame. This is never spoken, but you can read this worry flashing across Negga’s face.

On the other side of the divide, Mildred’s sister Garnet (Terri Abney) at one point loses her temper because she will have to be apart from Mildred due to a court order. “You did this,” she accuses Rich, letting loose a moment of racial frustration. All their lives would have been simpler had Mildred fallen in love with a black man. But later, Garnet apologizes. These are the moments when Loving permits racial struggle and, yes, racism to become visible as a lived experience of endless frustration, not a series of unusually violent flare-ups. Nichols has a job to do, and regrettably it does not call for the widespread application of this artistic sensitivity. Most of the film is a good, edifying liberal document, the sort that I am glad exists. But it might have been something more.

Michael Jackson's Journey from Motown to Off the…