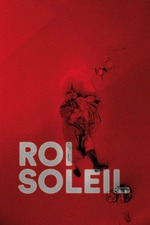 excerpt from an upcoming essay in Fireflies:

Serra’s film [The Death of Louis XIV] participates in a new kind of narrative temporality, the time of absolute futility. In a speech act characterised by a kind of divided irony – fully intended by Serra, but not by the character himself – the king’s chief physician Fagon (Patrick D’Assumcao) concludes The Death of Louis XIV by remarking on the team’s collective failure: “Gentlemen, we’ll do better next time.”

As for Serra, he did something rather extraordinary for his “next time”. His latest film, Roi Soleil, represents a re-engagement with the Louis XIV theme, a postscript or even a remix, if you like. However, where The Death of Louis XIV is Serra’s most fully instantiated piece of international arthouse cinema, Roi Soleil reflects a return to the director’s open textual fields and experimental avenues, films like The Names of Christ and The Lord Worked Wonders in Me, that speak more directly to the collective situation of their making.

A documentation of a performance spanning several days, conducted at the Graça Brandao Gallery in Lisbon, Roi Soleil features Lluís Serrat rather than Jean-Pierre Léaud as the Sun King. This casting alone resituates the new project, outside the grandeur et decadénce of big-time film world and back in Serra’s highly personal fold. In 61 minutes, we see Serrat writhe on the gallery floor in agony, crawling a short distance from one of the main galleries to the stairs. In period finery and a suitably aerated wig, Louis / Lluís grunts and moans as he makes his way to a number of small set-ups on the floor: a tray of meringues, a water bag with a rubber suction tube, and a hand mirror.

Throughout, the image is tinted a searing red, giving the film a feel of classic seventies video art. But overall, the film is notable for just how stripped down it is. The action is primal. Language is reduced to the guttural emanations of the body in distress. Serra’s concern with the time of mortality has reached its Artaudian nadir, as we are asked to watch one of his best friends portray his final moments on Earth, with only the slightest fictional pretext. Serra has taken his audience to the very brink of cinematic meaning, to the very end of time.

Beyond this, we can only wait.