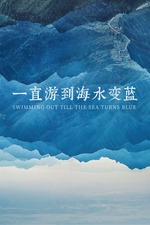 one of the most masterfully constructed, inimitably gorgeous documentaries ever made, and likely one of my new favorite films.

what’s most noticeable in this thing, at first, is its acceptance, even occasional celebration of the status quo. which, knowing Jia, is a bit difficult to parse. i’m reminded of Neil Bahadur’s review of Red Desert. our brains have been rewired by technology, to the point where the symphony of alerts and AirPod bleed has changed the way we perceive reality. this is not a falsehood to be overcome–this distortion of nature has *become* nature. ‘symphony’ is the operative word here; Jia attempts to organize both the film and modern life itself as a musical passage, and he succeeds about as well as anyone can succeed at anything. everything and everyone in this is a chorus; no one person, object, or location is given the spotlight for long. you see in American documentaries how easy it is to go on for two, four, seven hours about the same man. Jia can’t even stay on one subject for more than ten minutes. it’s as scattershot as you’d think, until you realize that Jia is taking a pointed stance against a specific cultural modality, that of individualism (or, rather, dogmatic and reactionary individualism.)

Jia does a shot here, many times, that i’ve never seen done before. he films most of the talking-heads stuff at first with your standard docu wide and closeup. but then he veers off into framing the subjects in the corner, with the camera focusing on a piece of furniture or some other random object. it situates the subject against a background; it almost makes it seem like they’re sitting alone, talking to themselves. there’s no way to escape into this documentary; every interview, every conversation is informed by its negative. and emphasizing this visually means that you can’t privilege any one subject’s ideas, at least not for very long. Jia has drawn up a visual defense of the collective, in stark contrast to the isolating technological landscapes embraced by the country youth and repudiated by the elderly. the workers and the elderly are seen generally living in nature and in the world. playing cards, listening to street musicians, strolling around, grasping on to the pieces of the world they’ve held sacred for so long. the young people (and yeah it’s a little “old man yells at cloud” sometimes) are glued to screens, seemingly unaware of the collisions of time.

all this leads to what i feel (and many don’t seem to agree) is Jia’s most full-throated criticism of modern China maybe ever. for all his resignation to capitalist modernity, there’s still the classic Jia notion that the direction of material progress has become crooked. the most important moment of the movie for me is at the end of Yu Hua’s interview, where he discusses his time at university in Beijing. he mentioned Deng Xiaoping touring southern China in the 90s, and how his influence led to aspiring writers switching to careers as entrepreneurs, how it led to the splitting up of relationships, and the attendant erosion of Maoist collectivity. Jia recognizes the madness and trauma of the Cultural Revolution, but he seems aware of its necessity (in terms of lifting China out of starvation and death.) and we see what we’re given through Mao’s ideals and Deng’s abandonment of those ideals: the success of artistic/intelligent boys and girls born into peasant families immediately followed by the sad reality that there could’ve been so many more of them. what’s important to understand about wealth is it is but one pathway to existential fulfillment. the pursuit of knowledge is another pathway (it’s fascinating to see teenagers in China talk about Plato and Socrates, compared to how many conversations i’ve had with my ex-girlfriend’s 19-year-old brother about stocks and investments and index funds) but an obsession with learning for the purposes of self-actualization (at the expense of a community) can lead us into dangerous territory. and there’s also the idea of learning for the purposes of the nation, which turns the activity into it a game of one-upsmanship between capitalist empires. the college-bound youth have muddled intentions, and that has consequences that are both personal and national, directly effecting the character of China as it opens itself more to the international gaze.

the moment at the end with the middle school boy–moved by the grandeur and possibility of an educated future, coached by his countryside-born mother on his family’s native dialect–is strikingly ambivalent. Jia understands that through the progress of history, the dialectical negation of the prevailing thesis has its pros and cons. capitalist prosperity solves the problem of material deprivation, but it causes a spiritual crisis: hereditary scission, the uprooting of personal history and its replacement by the cult of self-direction. Jia admits in the press kit for the film that individualism has more or less taken over China: “[Yu Hua’s] experiences date from the 1980s, China’s ‘reform and opening up’ period, when there was a social thaw and individualism revived.” (my emphasis)

historical progress is chaotic; inherent within the redistribution of the sensible is a rupture of the prior order, a violent reconstitution of meaning, new contingencies hanging over the masses. and these are the steps that are necessary to take when you’re a starved and undetermined country, stripped of the right to call yourself human, but the pieces need to be put back together. you need to be able to make sense of the new world around you, and it’s not clear if China as a nation has been able to do that. the interview with Feng Ma’s daughter near the beginning ends with an explanation of her father’s artistic mission: he wanted to write about the first generation of educated farmers upon their return home to the countryside. in a sense, through this kind of openly political literature, the expression of personal will is transmuted into the expression of a national consciousness. art is a both a reflection and a poetic interpretation of social reality. Jia’s treatment of modernity is thoroughly dialectical; he celebrates it while also condemning its life-alienating impulses, which brings us to what i think is Jia’s almost Sartre-ian ideals throughout the film (and maybe the rest of his work, though i’d have to look at it more closely through that framework.) humans are confronted perpetually with the responsibilities of their own freedom, the possibility of an impending death coupled with the need to organize our lives into something resembling coherence. there are multiple and diverging pathways in times of upheaval and alienation. how can we ensure the human spirit will persist? will it be through market influences and the attendant corporatization and bureaucratization? or will it be the pursuit of a cause that affirms our potentialities leading us to a more comprehensive understanding of ourselves, of both the beauty and limitations of the modern world? who can answer this question for us?

that gets me to what moves me most about this film: its defense of art, and, most importantly, its defense of people who make art. there’s a tendency to see artists as overly bourgeois, especially in more repressive and censorious communist formulations. Jia flirts with criticism of the censorship–the same system he’s been subjected to for most of his career–during the interview with Yu Hua (who seems more or less comfortable with conforming to the standards set by the censors, so long as his work gets published.) i have no doubt Jia has mixed feelings about the censors (i do too), especially when it seems like his newest work is more or less state-approved. but it may be he believes that the difference between artists and non-artists is not any sort of lack of humanity or betrayal of the communist mission, but rather the ability to articulate universally-identifiable experiences systematically. great art is linguistic proficiency, a careful ballet of signifiers. from an article i found about Yu Hua after the film: “[After reading] Yasunari Kawabata, Yu Hua understood that the main purpose of literature and art is to show human feelings.” it’s that simple. artists organize and present words and ideas centered around emotional states, and these states are meant to be assimilated, discussed, considered, criticized, remembered, forgotten, pitied and celebrated. this is how we’re guided, how we center progression when divine guiding hierarchies are all but eliminated. and that’s when after all the windowdressing, all the contradictions of history exploding violently through the collective neurosis, you realize this is really just a movie of a few artists talking about their lives. and, yet, there’s so much we can learn from that.

Jia is the fucking GOAT.