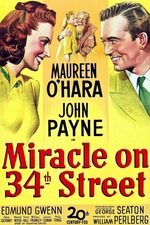 For someone who prefers Enemy of the state to The conversation, and who’d skip Bullitt just to re-watch Bad boys 2 (there, I said it), sitting through a black-and-white movie from 1947 sounds like a tall order. Surprisingly, though, the order turned out not just rather short, but also pretty entertaining.

If movies are exercises in escapism, this one was doubly so. Black-and-white. Decades old. From Hollywood(land), but yesteryear’s, with no single actor I knew. Front-loaded with so many credits. With incidental music cumulatively adding up only to mere minutes. Aged and exotic much more so than a contemporary book would – perhaps because the art and technology of movies changed more rapidly in the past century; perhaps because movies have so many more ingredients that can change.

And then, that setting! I’ve once read a book about the history of airport design, and it was quite an eye-opener: starting with grandiose, festive structures celebrating the wonder of flying – and ending as, within just decades, oppressive behemoths having most in common with… prisons. There is no way today to fly from or to a 1940s-era airport, but the movie theatre we went to, in another city, seemed frozen in time. Huge, lush, art deco throughout, newsreel and ticket raffle beforehand, missing only the Packards and DeSotos parked in front for a complete illusion of the golden era of the silver screen.

I haven’t yet said much about the movie, and that’s because I’m at loss as to what to say, lacking a frame (or, as it happens, many frames) of reference. It wasn’t interminable, as I feared, perhaps naïvely romantic at times, but also surprisingly sharp in the courtroom scenes and corporate offices. Altogether not nearly as embarrassing as I assumed. It might not dethrone Die hard as a go-to Christmas movie (there, I said it), but I now have no need to watch the 1994 remake to translate the original into a language I understand.

Still need to go to Macy’s, though – to see if they send me off to visit amazon.com instead.

(Update: I went to a tour of this movie theatre not long after this, and posted my impression and photos).