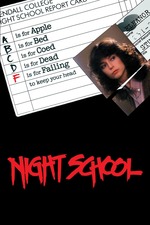 “He has to climb two flights of stairs. And all that just to throw a head in a fish tank.”

I’m from Boston. This film is one of the better examples to predominantly feature the city. It doesn’t pander to the predetermined zones that, while beautiful, lean toward condescension or worse, tourism. It lets the landscape speak for itself.

And it literally does that, as the film puts aside musicial accompaniment for a soundtrack of pedestrian ambiance. Instead of cues to focus we are instead surrounded by the normal world with its sounds of normal space. The subconscious shift may not be at first noticeable as you are slowly being betrayed the safety of the fictional world with the familarity of what’s waiting for you after the film ends. The only other unmusical film i can think of at the moment to feature, not silence, but a focused ambience as it’s primary, distinctive quality is Jeff Lieberman’s Just Before Dawn.

It’s interesting what’s created when a film gives up one of its most basic rights. You hear the limits.

Theres something intimate and characteristically Boston about the footsteps, half-heard passings, andvoices banally searching the depths of the rooms for interest that all seem to take their cold lack  with them. Boston lives in winter half of the year. Like a winter sun bright with no heat, it’s like living in a movie without music.

The Reincarnation of Peter Proud