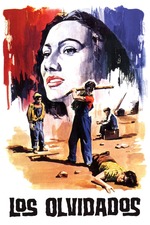 The Young and the Damned

The initial voice-over of THE YOUNG AND THE DAMNED states, that this is not an optimistic film. And so it is – even more than 70 years after its release. Although living conditions in general may have improved (at least in the Western world), one phenomenon in particular has persisted: that the marginalized only assault the even worse off people without batting an eye, but do not launch an attack on the actual exploiters. Only the blind, the supposedly stupid workers from the countryside, the even poorer, the even hungrier, but also one's own friends and family are attacked. With this film, Luis Buñuel has demonstrated a timeless sense for socio-economic relations.