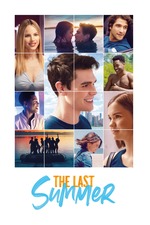 “You're so full of it right now. Your IMDb app is literally exploding.”

for a minute there i really thought this could be corny summer movie fun when they referenced the coen brothers and a slew of other directors. eh. i think said fun ended for me when they dragged lady gaga for not finishing college.

miss stefani has more talent in her left pinky than every last dumbass character in this movie and a whole lot more than the writers because this is such a damn mess. the narrative barely holds together because it’s so jarringly split up. shitty high schoolers with shitty attitudes and problems. written by people who appear to have no idea what it’s like being a young adult in our day and age because this is some crappy 90s shit without any of the fun.

noah centineo flicks are a CAKEWALK compared to this. can’t even praise the soundtrack cause most of the good songs are butchered and cut off soon as they come on :( as fractured as the editing in general.