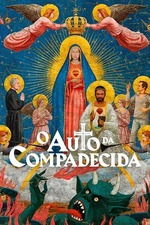 *no spoilers*
I think that the kindest thing that I can say about ‘A Dog’s Will’ is that there are a handful of ideas of good jokes in here. There’s a bit where a priest is misinformed and confuses somebody seeking a blessing for his dying daughter with somebody seeking a funeral for a dying dog, and ends up calling the man’s wife a bitch; there’s another bit where the woman is cheating on her husband with our lead, yet they are almost caught by another man who she is cheating on, and then they are almost caught by her husband. I think however that there is a simple problem, and it is best summarised that both of these rather elaborate comic set pieces happen within the first half hour, within 10 minutes of each other. I blame Howard Hawks for this, I’m sure he’s not the founder of this sort of fast talking comedy, yet I know that he, along with Sturges, was one of the main pioneers of it, deservedly so; many of his flicks are rather witty, yet as with anything that is both a success with audience and critics, his formula has been copied to death since the likes of ‘Bringing Up Baby’ and ‘His Girl Friday’ first debuted, and as usual, most of the imitators are far inferior to the originals (and I’m not even that big of a big fan of the originals). Of course, there are a few anomalies, the works of Wilder come to mind, yet I think that it is pretty easy to see why ‘Some Like It Hot’ for example succeeds, whereas ‘A Dog’s Will’ fails, and that is that ‘Some Like it Hot’ had jokes. All the gags in Arraes’ film are situational, they are based on scenarios, and the scenarios themselves are often quite amusing, yet they are all rendered mostly useless by the lack of development. The example I gave about the woman having an affair would be more amusing, if the audience was aware that she was cheating on her husband with more than one person; the other example I gave would also be funnier if the audience were aware of this misconception in the first place before being explained explicitly. I am sure that there were references to these gags throughout the runtime, audible clues so that these scenes are set up, yet I could not catch them, and that is because of the overbearing, hundred-mile-an-hour, dialogue, pulsating throughout the entire runtime. Just because a character says a lot of things very quickly doesn’t automatically make said things humorous, it only makes them annoying, and this is not a matter of it being lost in translation, because I could have tolerated, or even enjoyed, the relentless pace of the discussions and monologues, if they were in any way amusing. It is just a thousand pages of religious wordplay, crammed into a runtime of under 2 hours, with a few verbal hints to guide the narrative lost in between.

Of course, it does not help that the performances are completely shit. Watching this, I was reminded of an old school nativity I did, it was crammed with a bunch of inside jokes that only students and teachers in the school would understand, and the production and acting was, as you would imagine, piss poor. ‘A Dog’s Will’ is the equivalent of this Nativity to the entire nation of Brazil, where almost all of the humour is based on niche stereotypes, which in itself would be alright if that were just a sub-section of the overall film, but no, almost every single quip is just a bible reference read in a way that is mocking the person reading it because they are from an area of a certain country (don’t even ask). And the actors of these people aren’t even from the place in Brazil that their characters are from. That should not matter, I should not care about that, but watching this is the South American equivalent of watching countless Dick Van Dykes from ‘Marry Poppins’ fuck around for 2 hours, and act intentionally idiotic in order to mock a culture that he is not from. I will not go as far as call this flick racist, but holy fucking Christ is it irritating, and worst of all is the smugness. Arraes decided that the best place to hide from common sense was up his own arse, because every misjudged idea of his reeks of arrogance, for his post-ironic irony (that statement should make no sense, but it was designed to be used in this context) only exaggerates how distanced he is from what he is supposed to be mocking. Now combine this muddled intent, with the million mile an hour dialogue, with the fact that I did not laugh once in 100 minutes, and the result is excruciating, slow, tedious, and draining. I have a habit of watching films without subtitles (only if unavailable of course), as it is better to watch a film and not understand the complexities of the narrative, than not to watch a film at all. A consequence of this however is that these flicks feel longer than they actually are, mainly due to the fact that an inevitable boredom hits me during the dialogue-based scenes. I could not keep up with the subtitles here, I paused sometimes to read them, and even then, the words were unfunny and, more than anything, pretentious, as if it were insulting those who didn’t understand the nuances of the so-called humour. Yet, consequently, since I couldn’t give a shit about what characters were saying, I zoned out and stopped paying attention to the subs (within the first 4 minutes even, boy is this unnecessarily overwritten), and since everything here is based on prolonged monologues masquerading as conversations, this took for-fucking-ever to finish. And do you know what the worst part is? In the last half an hour, Mary leans over to Jesus, and he asks her ‘what about me?’ in reference to her talking about how man feared death. He may as well have asked why he was put on the cross in the first place, was he a work of love of his father, or simply an accessory to show God’s love for man? It is a line that contains more ideas than anything else in this putrid mess, and how does Mary follow it? She waves it off, saying that he feared death anyway, and that his question doesn’t matter and is irrelevant. ‘A Dog’s Shit’ is not an artless film, it is worse; it is potential wasted.