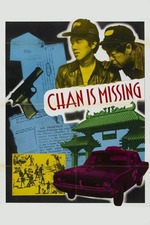 *mild spoilers*
Jo has no need to react; he finds joy relishing in the absurdity of a situation so that acting to it spontaneously is unnecessary. If somebody rambles too much to him, his voice he replies with is monotonous; he finds a gun on a car seat, his voice of exclamation is also monotonous. This monotony however is not desperate, but almost joyful. He is used to everyday being the same, and when he investigates Chan for the sake of things being different, the days still feel the same, even if different things are happening. He however is still satisfied with investigating the mystery as it allows him to reflect. A fight broke out because a Taiwanese flag was waved, irritating anti-Taiwanese. This situation is what Jo lives for; trying to decipher why people react to simple, trivial things so idiotically.

You may walk by him on the street and think of him as Asian, and whilst he is off Chinese ancestry, he was born in the USA. Asian-Americans will always be considered foreigners, no matter how long, or how many of their parents have been born in the US. America is still a land for the straight white male, and anybody whom falls out of this category is identified by the feature that puts them out of it, whether that be black, woman, or ultimately Asian. The Difference with the last however is that, quite likely, this person whom is identified as Asian is American, and who's family is American until up to, or even beyond, a century ago.

Who is Chan? Well, he is the man in the puddle to every Asian-American, and that is every Asian-American there is. The characters being interviewed are talking about their place in society, frequently being lost between two cultures. Moving on to the film, why is it that an American-Asian independent film from the 80s is an anomaly? In the most diverse country in the world, why is it that cultures are so divided? Nevertheless, I must be glad that this anomaly exists because 'Chan is Missing' is great.

The way that I would describe this is the real life Charlie Chan. In fiction, he may be a wealthy stereotype, but in reality, he is a cabby. This cabby however is not a stereotype, but a person, and a kind one at that. He has a somewhat soothing voice and he is patient. He is not quick to judge, he has morals; he acts by them, but is willing to apply them in context, allowing him to have a proper perspective over the situation. He is constantly baited, yet he never takes the bait. More than any of these things though is that he is humble, and is willing to accept when he does wrong.

I started watching this looking for laughs, but what I got was a delicious, political neo-noir. There are no films quite like 'Chan Is Missing,' and whilst I want to see more like this, I am afraid if more films like this were made, this will be less refreshing. Yes, this may have all the common flaws of lo-fi independent films, but I don't care, because there is so much energy here. I enjoyed the hell out of this one, and if you haven't already, check 'Chan' out.