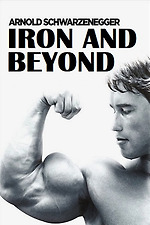 Eastwood makes an appearance in *this* brief documentary, but not the other one "Raw Iron" which is also listed on Eastwood's Actor page here. Go figure.

This finds him offering up some brief talking-head comments about Schwarzenegger's career, influence on the fitness standards for leading men, and status as an American action film icon himself. There's not really a ton of insight to be gained here, but it's somewhat instructive to compare/contrast Arnold and Clint in the same way it's interesting to do the same with Bruce Lee and Clint.

The other thing that I'm already finding compelling is the degree to which the DVD market caused the amount of video material, documentaries, and general additional footage to balloon inordinately. The video market began this trend, with the late-80s retrospective documentaries, but by the early-2000s, it's honestly a bit overwhelming to see just how much content was being churned out. Today, we're almost past the breaking point, and we're honestly approaching an infinite amount of content.