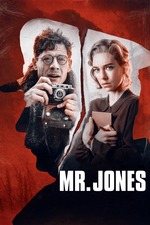 March Around The World 2020

A somewhat interesting historical film of a journalist attempting to expose the Soviet Union’s famine in the 1930's.

History is not one of my strong points and movies like this can frequently bore or lose me. But this was told in a pretty clear fashion with enough thrill that I actually cared about Gareth Jones and his story. His journalistic integrity portrayed is a far cry from most of mainstream media these days so was refreshing to see.

The movie did lag a little in the middle, and the running narration of George Orwell writing Animal Farm seemed an unnecessary distraction (though I understand what was attempted here), but overall it's worth a watch.