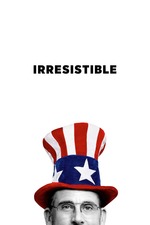 Irresistible is the kind of script that proves that Jon Stewart, once the consummate political comedian in the country, has lost his edge, not by virtue of time, or due to a waning of his talent, but simply by extricating himself from the grind of making the Daily Show every week, and the endless hours spent surfing and sorting the news, writing, editing and painstakingly delivering monologues that were funny, clever and, in the best of cases, enlightening as well.

As a political satire, Irresistible is a product of its time and directly comments on contemporary political discourse. Stewart’s distance from political editorializing in the last few years has softened his once reliable ability to marry silly humor with sharp and audacious commentary. As a result, Irresistible feels retro, like its humor is rooted in a country that no longer exists.

The film, which stars the ever-affable Steve Carrell, is the manifestation of every frustration Stewart ever expressed toward the political system in the US while host of the Daily Show. The problem is that his satirical criticism is rooted in a friendlier, kinder, and more antiseptic version of the current political picture.