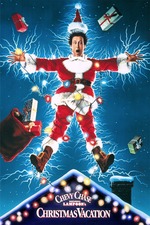 The follow-up to National Lampoon’s Vacation is little more than a continuation of the same characters and the same type of silly comedy that audiences had fallen for six years prior.
Sure, it’s still fun to watch Chevy Chase make things complicated and awkward at every turn, but none of his efforts feel as fresh, or as polished as they once did, even if they are set against the backdrop of the holiday season.
Aside from its terrible lack of originality, one of the film’s sins is, perhaps, its love affair with its star. Whereas National Lampoon’s Vacation relied heavily on Chase’s comedic stardom, ‘Christmas Vacation’ doubles down on it, letting Chase do almost all of the heavy lifting even when there’s plenty of screen talent around (Julia Louis-Dreyfus and Doris Roberts are notoriously wasted).