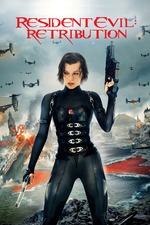 "Where you were was just a detailed recreation, nothing more. It goes on for a few city blocks, that's all..."

The hyper-conceptualist post-modern masterpiece of the 21st & probably Anderson's best movie thus far - after Afterlife's almost wholly formalist work here finally PWSA culminates and progresses an entire body of ideas and politics simmering since Shopping. Like his best work it most closely resembles his favorite director, Fritz Lang, but this is like Lang chopped up, spewed out and reconstituted into something wholly new and immediate for the 21st century. Here is a world where the world itself does not exist - the only thing that can be trusted to be actually physical is a series of grids and corridors - cities have been decimated - senses of place and sense of being have become simulation. Other human beings that are left are controlled by AI - life itself is little more than moving through a series of grids and simulations, you as the player struggling to survive as AI spawns enemies to prevent your existence, on a map that only it can see. What is the only constant in this life? Surveillance.

The only thing which seems to remain of concrete physicality is the ice-bed lying above where most of the movie takes place. This space is a dystopia leaving us with merely the remains of ships and water - at first it seems we have entered another Ice Age but the truth is far more interesting - that we are in the remains of Soviet Russia, the sadness that communist symbols are now little more than artifact and are only viewed with incomprehension when seen. Furthermore, that in this place where there was once revolution, there is now the foundation of a world ruled only by corporation and AI - so much so to the point that human needs are incongruous because the mere existence of humans has been deemed unnecessary.

But this movie also has an emotional dynamic that is heretofore unexplored in PWSA's work - like Pompeii, and perhaps even more movingly here, people are willing to die for their ideals - and even die for ones they love, even if they have only known each other for a moment. In a place where there are no human beings but rather test models for sale the most basic human instincts are accentuated and even come as a shock to some of these characters. The child character of this film is a simple human model who was created as daughter of model Alice, in a simulation. Yet it is by mere touch that the real Alice decides to take responsibility for her, and allow a maternal instinct to supplant a survival one. This is truly moving, a real humanity - even if this person is not human, not even real, their life is worth something.

I am no good really on writing at action sequences at length, and I'm sure that those who care to read this would be well aware that PWSA's skill with set-pieces virtually trumps all in contemporary cinema (and in my opinion, not even virtually! He's one of the best ever, time for everyone to admit it) If PWSA is not quite as imaginative as some of of his peers (such as the Wachowski's) what makes his movies so stunning is that he is able to apply this imagination to the world as it is. All these simulations - New York, Tokyo, Russia - do not bear resemblance to those cities past or future but to what they looked like in 2012. This is very brilliant to me. That being said, it is important to emphasize the political significance of PWSA's films - even with many defenders he is too often written as merely formalist - and frankly for a time I did - as a sidenote: although I was very fond PWSA's movies already, it was not until I saw Shopping that I began to see militant left-wing aspects of his cinema - I had seen Retribution before and appreciated it more for it's stunning aestheticism, but returning to it after seeing Shopping opened up his cinema to me considerably. There is a stunningly beautiful moment in this movie - when the underwater facility is destroyed - and we see the lift with the hammer and sickle symbol once more. But when we first saw that image the lift was going down, and it's purpose was to alert us to the symbols having become antiquity. This time, it is moving upwards, the facility has been destroyed, and a corporation has taken a powerful blow.

In the movies final action set-piece, three women and two more men are fighting, each on different sides. Even having seen this before there is a very beautiful jolt that not even nearing its end there are only three women left standing. And this is very wonderful, a truly great moment in cinema, because this sequence is not trying to prove a point. It simply happens.

Among so many other things, what makes so much of this movie so great is that for me is that it is not working wholly on a conceptual basis but that there is real feeling to it, and furthermore an emotionalism not tied to pain but to heroism. I am moved to tears in the penultimate sequence, where the wounded Alice wakes up once more. A mere six words are spoken between two people; there are only eye-line matches - the only things in our lives that is not transmutable is your friends - even old enemies are your friends. In this moment one senses the validity of living, the worth of ones life, and the worth of saving anothers.