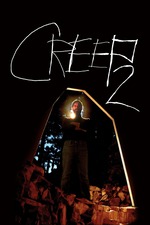 Watched this with Susan because she thought she'd watched the first one already.

After pondering for half the film why it was the same as the first, ruling out that its a prequel, or the same movie from a different perspective, she realised she'd watched the second one before the first. TIT

She's now in bed watching the first one WITHOUT ME and I'm on the toilet writing this.

Laughed my tatas off, he's like Hedwig from Split.