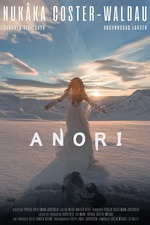 I enjoyed this film in some ways. I am completely unfamiliar with Greenlanders. So I was so happy to watch this film. The first feature-length film from Greenland directed by a woman no less 🙌🏾

However, in other ways.. Whoa, hold on. Wait a second! I found the latter part of it quite intense. I wouldn't say it threw me off guard, but it was pretty scary all of a sudden, it felt.

Learning about the culture a little, hearing their language too, I appreciated this. I am going to try to learn more about their country and its people. I would also like to know the myth(s) this story is based on.

Whilst I enjoyed the artistic elements a lot more than I thought, I felt it dragged / was too much during a more intense time.

It was quite flat, but I actually enjoyed that somehow. It was calming and soothing to watch for the most part. Decent watch.