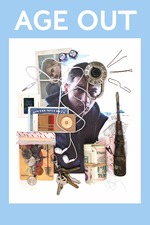 Written with the same sort of cheesy dialogue as Baby Driver, but without the humor and wit that made that work.

This movie disgusted me. It treated its characters like garbage, twisting their contrived actions into horrible fantasies that pretend to critique American society but really only satisfies it's own grotesque desire for pain and suffering. The caricature of a drug addict in the form of Swim was frustrating to sit through.

The film floats from one scene to the next with little to no connective tissue, and when there is its contrived as fuck.

The cinematography, utilizing 4/3 aspect ratio and wide angle lenses was cool but it's a novelty that wore off quick when the script is so bad.

Also, for a 90min movie it REALLY drags. Felt at least 2 hours long.

Thanks for Calling, Baby.