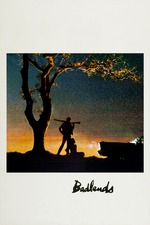 What a great ass movie. Interesting characters, a fantastic score, dialogue, and cinematography, and a plot propelled by engaging character decisions.

My one issue is that Kit's character doesn't really have a clear need, he seemed to be as much of a mystery to Terrence Malick as anyone else. That's not necessarily a problem, but I couldn't empathize with him because of it.

Definitely will rewatch this film, I feel like there could be a lot of value in a second viewing, which I think for me shows it so much to offer to the viewer.

Also, Wes Anderson's Moonrise Kingdom stole so much from this movie and is not nearly as good.