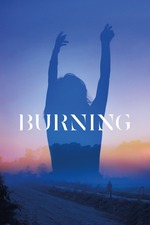 To put it nicely, this was not good. It has the benefit of being DPed by the best DP in South Korea and one of the best in the world, Hong Kyung-Pyo, and therefore every frame is visually stunning and brilliantly thematic. I will also say Steven Yuen's performance was quite good. And I will say the dialogue was very engaging and had a lot of characterization. We have a great world, great characters, but the problem is that they do almost nothing throughout the film. Nothing happens, and it's not an existential piece about ennui (and if it was holy fuck is that some psychopathic ennui). This film has nothing to see except look at all these bad things, aren't they so bad. But this narratively would have been a lot stronger as a <30 minute short film, because the 2h 30m film has the narrative content of a short film. There just is no substance. It's like in Rosemary's Baby, where Rosemary knows they are doing satanic shit and we think they are, and then the twist is they are, except Rosemary's Baby has a little more fun with itself! Scene after scene of meandering nonsense, the art-house pretentiousness of this film is through the roof! I honestly frowned when it was over. I don't like to think of any film as a waste of time, but this really did. So much that was set up went NOWHERE. There were so many interesting places to take this but nothing happened! I honestly feel just completely disrespected.