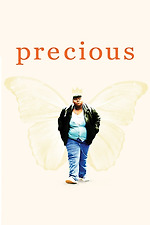 An interconnected series of situations in Precious' life through the lens of what I can only describe as Danny Boyle meets Richard Kelly. Barely coherent, the film shambles along from scene to scene relying on shock value and sympathy to engage the audience. So Joker fans will feel right at home. I'm sure there was a good story to tell, but neither the script nor the director seemed prepared to actually write a narrative, much less a good one.

The best thing about this film is that, while not good, it tackles edgy concepts without making me utterly hate it. Unfortunately, that still meant I was completely disinterested in the characters and whatever the plot who make them do.

Also, I thought the use of out of era music choices were extremely distracting and did not complement the film at all, even if they were only for the dream sequences.

Also idk what happened with the shooting day for that last scene but it was shot like they had like one take before security was going to kick them out of the building.