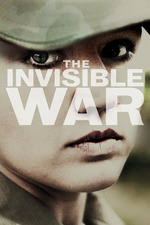 Certainly not perfectly told, but a story that is so powerful to any American who loves and respects their fellow countrymen and countrywomen that it works, for me at least.

I was never raised to particularly love or hate the military, my hippie parents never liked them though and my leftist ass sees them as an imperialist tool, but I can't imagine a scenario after seeing this film that I could completely trust a male soldier or veteran to not be a rapist. Rape is so deeply embedded in their culture and system that not being a rapist or rapist-sympathizer is going against the culture and system. It's like the police (in America specifically (and a lot of other countries but not all per se), yes there are good cops who aren't serial killers, but the system and culture supports serial killers and enables them to satiate their bloodlust (and/or hate). The best way to become a successful serial killer is to join the police, and this film has clearly shown that the best way for a serial rapist to satisfy their monstrous desire is to join the military, where they will almost always be safe from any real consequences for their destruction of people's lives. If this film has taught me anything, it's that psychopathy rules the United States, the pedophiles, rapists, and murderers have easily gained control and exercise their reign of terror upon this country each and every day.