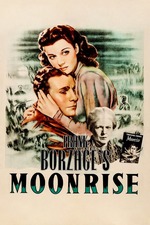 Sarris's "Far Side of Paradise" entry for Frank Borzage in The American Cinema (1969):

Borzage was that rarity of rarities, an uncompromising romanticist. Anglo-Saxon film historians have generally underrated Borzage on the assumption that the director's romanticism was a commercially motivated betrayal of realism. Yet, the way of the romanticist is usually much harder than that of the realist. Audiences generally prefer realism, at least on the surface; and intimate love stories have always been box-office poison. On the rare occasions when romanticism seems to be popular, it is usually the false romanticism of Hathaway's Peter Ibbetson or Wyler's Wuthering Heights, romantic subjects directed coldly by unromantic directors, the coldness disguised in the former instance by the photography of Lee Garmes, and in the latter by the music of Alfred Newman. Borzage never needed dream worlds for his suspensions of disbelief. He plunged into the real world of poverty and oppression, the world of Roosevelt and Hitler, the New Deal and the New Order, to impart an aura to his characters, not merely through soft focus and a fluid camera, but through a genuine concern with the wondrous inner life of lovers in the midst of adversity. His anti-Nazi films—Little Man, What Now and Three Comrades—were far ahead of their time, emotionally if not politically. Borzage's objection to Hitler was a curious one. What Hitler and all tyrants represented most reprehensibly was an invasion of the emotional privacy of individuals, particularly lovers, those blessed creatures gifted with luminous rapport. History Is Made at Night is not only the most romantic title in the history of the cinema but also a profound expression of Borzage's commitment to love over probability. Borzage's cinema is typified by his extraordinary treatment of Janet Gaynor and Margaret Sullavan, actresses with screen personalities molded by Borzage. Jean Arthur and Gail Russell fitted into the Borzage tradition on their first and only tries, and Borzage's actors, notably Spencer Tracy, Charles Boyer, and James Stewart, were made to discard Hollywood's traditionally cynical attitudes toward love. Many of Borzage's projects, particularly toward the end of his career, were indisputably trivial in conception, but the director's personality never faltered, and when the glorious opportunity of Moonrise presented itself, Borzage was not stale or jaded. This, if anything, is the moral of the auteur theory.

Not Andrew is using Letterboxd to share film reviews and lists with friends. Join here.