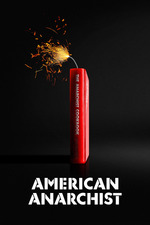 This interesting documentary, directed by Charlie Siskel, is the story of William Powell, the man who wrote and published The Anarchist Cookbook at the age of 19 in 1970. Although Powell says the book is distributed without any effort on his part, it’s still used today by radicals and terrorists because of its detailed instructions on how to make bombs or how to turn a shotgun into a grenade launcher. Siskel interviews Powell, who was 65 at the time of the interviews and died in July just before the film’s release. Powell, rather disingenuously, denies any culpability for how the book has been used, says he doesn’t own a copy and hasn’t read it in years.

It's a pretty straightforward doc and its value is in Siskel's persistent questioning of Powell.