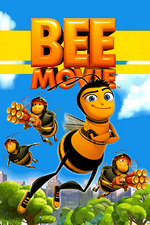 indeed, socialist symbolism is prevalent throughout this film in its portrayal of the capitalist wasteland seen in the bees' hive. we begin the story through the eyes of the subordinate class via barry and his best friend adam. however, unlike his family and best friend, barry is the only one who truly questions the system of labor exploitation that his kind suffers under. he is beginning to understand that under free market tyranny, the laborer is considered only for his monetary value, to the point where his very humanity (or in this case, beeity) is designated by the capital he consumes vs produces. join barry on his journey of subverting the system and overcoming societal ostracization as he discovers forbidden love along the way.