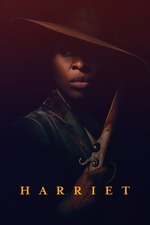 The story of Harriet Tubman really deserves a lot more than a bland Oscar bait biopic.

Cynthia Erivo is the stand out of the movie, of course. She does a fine job amidst a really generic effort.

Her spirituality and connection with God is a big focal point of the story here. There's nothing inherently wrong with that but depicting her faith with such little substance makes it lack any emotional resonance.

The movie has its villain who (shocker) is a stand-in for the institution of slavery. And it's fine, I guess. But his almost mustache twirling demeanor gets old very quickly.

I would much rather see a movie (or limited series) of Harriet Tubman's heroism during the Civil War. It's reduced to a single scene and an end-movie caption here. A shame, really.