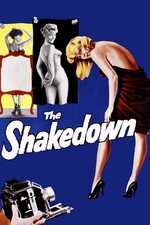 When small time gangster Augie is released from prison he discovers that someone else has muscled in on his territory. So he decides to start a new racket, luring respectable businessmen into a bit of amateur photography and then blackmailing them.

This was very much a pleasant surprise, although with a topless photo early on I thought it was going to be a good deal more sleazy that it turned out to be. Sadly, it was all really quite tasteful.

The highlight is Harry H Corbett as the rival gangster, although Last of the Summer Wine's Compo as a hoodlum runs him a close second. Hazel Court, though seems a tad out of place, she's a little too classy to be playing a model in this sort of context, although that's nowhere near as unlikely as her actual profession of undercover cop.

Your Money or Your Wife