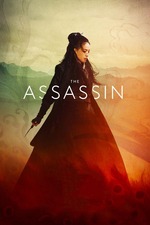 Hou Hsiao-hsien structures his new film, The Assassin, as a sort of once upon a time tale. It begins with narration, a mix of the historical and the mythic, and I am at once immersed in a dream-like tale that will, indeed, haunt my memory, just as history and myth so often do, becoming reference points in my present, even when I am not consciously aware of their influence.

It is ninth century China, and political struggle infects the kingdom. The royal court fears a strong, militarized outer province, Weibo; too much delegated power is a threat to the court’s own strength. Weibo, with a century of nearly complete self-governance, fears a reduction in its autonomy. It is a struggle that absorbs everyone.

And yet within this kingdom, there is a mother who tells another story, the story of a single bird. Caged and alone, the bird sits silent, a small stranger in the human world around it, unable to sing to those so unlike itself. Its human keepers feel compassion for it and give it a mirror. Recognizing something like itself, it sings a song of sadness. It dances, and then it dies.

In this once upon a time kingdom, there is one woman (played alternately with beautiful stillness and incisive action by the wonderful Shu Qi), caught in the midst of a large world she cannot control, a world that has named her its assassin and imprinted upon her its own mission, denying her her own world. She dances an assassin’s dance with a swift grace that leaves me breathless, but her sweet, sad face is the print left on the mind and heart. . . .