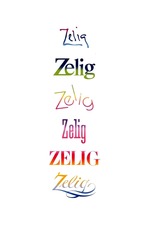 Zelig’s narrative is certainly original and creative, however, it's executed quite poorly. archive footage as the main feature of the film is amusing at first but later becomes too excessive - i lost interest quite early on. i think this type of story could've worked much better as a short.

although the technical blue-screen insertion of him in newsreels/archive footage was pretty fun to watch, i think woody allen as the chameleon zelig feels off putting for me. all i see is woody allen pretending to be someone else, his typical mannerisms and behaviors just bleed through into zelig, making him nothing but an empty shell of a character.

yea, this film didnt sit well with me overall.