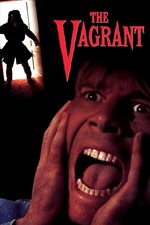 Ho-lee Crap. This is freaking awesome. I bought this movie as part of the Scream Factory All Night Horror Marathon, and I really didn't know what to expect from it. All I knew was that Bill Paxton was screaming on the cover. And honestly? I'm glad I didn't have any sort of expectations for this movie, because it really snuck up on me and tickled me in a place that I haven't been tickled in for quite a while.

That should be your takeaway for this movie. "It tickled Paul in a weird place."

It's funny. It's gross. It's surprisingly gory and dark. It's something you really ought to watch, and it deserves more awareness.

The gist here is that Bill Paxton is a hardworking dork who moves to New Mexico for work. He works hard to impress his fiancee, his boss, and his friends. And when he overextends himself by purchasing a big house, his troubles are doubled when he discovers that the house is occasionally occupied by a homeless man. And the pressures of juggling a strained, long-distance relationship, a high-pressure job, a heavy house payment, and an invasive bum begin to make Bill Paxton freak out in that classic Paxton manner.

The level of awesome gets cranked up to 11 when Michael Ironside comes on the scene as a detective who things Paxton might be creating the entire scenario as a cover for his own murderous inclinations. Repeat: Michael Ironside!

Marshall Bell plays the vagrant in question, and the movie goes for a very wild ride for the third act. It reminds me of Raising Arizona filtered through The Intruder and directed by Sam Raimi. In fact, after watching the movie, I would have sworn that Sam Raimi played some part in the film's direction.

This was such a surprise strike that it might be my favorite of this year's films. The 4-Pack DVD sells for less than $10, so if you have some moolah to burn, know that it would be well-spent for this movie alone.