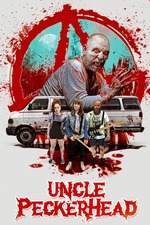 The cinematography was poetic at best; it possessed amazing scenery, eye-candy shots, and detailed designs. The characters had delightful arcs that really spoke to the audience, it was like you could completely understand their situation and emotions. The main character, Judy, had a delectable storyline that really told the rising and falling action from her words alone. She was dramatic, emotional, cunning, and could sell the audience well with just her performance.
As for the antagonist. Peckerhead told a different story. He wanted nothing but friends and when threatened to be alone again for what would seem like eternity, he fought back. He was a great character at first but later on, his true colors shined.
Due to this, the ending wasn’t my particular favorite. It had many flaws and felt as if it was too short. The movie consisted of three shows, 6 or so deaths, and being incarcerated. I would’ve preferred to see more of evil Peckerhead in order to really capture that classic movie plot, but alas, we shall settle.