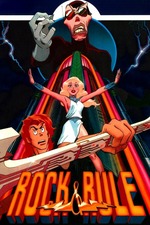 "I liked Mok. He reminded me of myself in some ways. I identified with Mok. I thought he was the most literate character in the cartoon. It was very interesting writing for Mok because I never really had done anything like that before, write from another character's point of view that isn't necessarily mine -- and in this case wasn't mine, no question about it. But I got into Mok. . ." - Lou Reed as featured in Marvel Super Special #25

"My name is Mok, thanks a lot." Lou continues, "I mean, that's so egotistical, right at the very beginning, that you know where he's at, what he's about."

The Whip and the Body