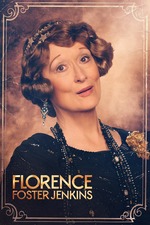 me: so this looks like some lighthearted oscar-magnet vapidity, love it, love meryl, sign me up,
florence foster jenkins (2016): is a 110 minute advertisement for gaslighting, makes a terrible rape joke within fifteen minutes for absolutely zero reason, completely infantilises its protagonist due to her self-enforced celibacy (because of course a sexless woman is a useless, pitiful creature), includes a cast member from the big bang theory in a substantial role & thus forces me to actually look at his face for more than a second before angrily banging on the remote to change the channel, is subtly yet consistently cruel to all passionate or enthusiastic women while venerating its male characters for exactly the same behaviour, and - the big finale - is essentially the antithesis of audition_(the_fools_who_dream).mp3; it degrades dedication/passion in favour of exploiting artists' paralysing fear of inadequacy through some bizarre (narratively contained) dramatic irony, and then it behaves as though that exploitation is funny and/or merciful instead of abjectly and indefensibly cruel
me: gimme some of that arsenic, boys!