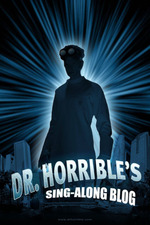 Back in freshman year of college, one of my professors told the class a story about how a now-famous director stole his girlfriend back when they were students at Wesleyan.

That director, of course, was Joss Whedon.

With that in mind- and in light of current events that are just now bubbling to the surface- this reads much differently than it did twelve years ago. Only a matter of time before he tries to make a sequel as part of his redemption arc!

On paper, the plot seems simple enough: a lonely dweeb dreams of becoming a bad guy, caught between a schoolboy crush for the girl he met at the laundromat and an unyielding desire to thwart his nemesis. In the end, everything goes to shit and our hero literally becomes the villain. All’s well that ends well, right?

It’s obvious that Joss wants us to sympathize for Billy, the “nice guy” who ultimately abandons his morals and sacrifices his humanity in order to gain acceptance within the ranks of the evil industry that he’s chosen to be a part of. I think that’s in part because Joss sees himself in Dr. Horrible: the plucky, pathetic white guy that we’re supposed to root for.

At least, he wants to be. Look at how cool he is! The hammer is his penis! This overly machismo caricature represents everything that Joss aspires to be: charming, confident, popular with women. The type of guy who claims to be a feminist, yet never fails to mention all the girls he’s slept with whenever he gets the chance.

For Billy, these qualities are villainous. They’re something to be abhorred. And yet, by the time Billy’s master plan is fulfilled, his “nice guy” persona starts to chip away and take on the qualities of the very thing he claims to hate. All the bravado, all that showmanship is on display in the third act, as Dr. Horrible waltzes through that auditorium and makes sure those reporters spell his name right.

And that’s where it all comes together, folks. People like Joss are just chomping at the bit to be noticed, to be commended, to be the center of attention. He’s the ultimate “nice guy,” taking full advantage of this familiar facade in order to gain sympathy from the unassuming public. It’s a persona that’s morphed into a trope over the years, but still manages to find its way into the real world whenever one of these creeps gets called out for their behavior. Because once you don’t have a reason to be the nice guy anymore, why bother keeping up the act?

Earwig and the Witch

Judas and the Black Messiah