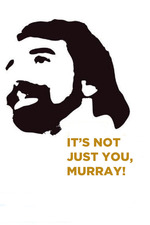 The pieces are all there. Busby Berkeley choreography, Fellini starkness, gangster pervasiveness and underground experimentation; Scorsese has combined and recombined these threads over the course of his career, as much in The Wolf of Wall Street 50 years later as in Who's That Knocking On My Door 3 years after.

Interesting to see Scorsese parodying the end of 8 1/2 directly just a year after it was made (the same year it was released in New York, I believe). Reminds me of a (less impressive) version of what John Waters was doing by throwing together shorts about horrifying headlines the week after they appeared in the news.