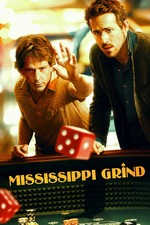 Since I'm going to watch Deadpool 2 later today, I decided to watch a film that could show a different side of Ryan Reynolds. What I got instead was a captivating character study with a great atmosphere, conveyed through its cinematography and soundtrack. Ryan Reynolds is good here, but this is Ben Mendelsohn's show. He truly excels as the down-on-his-luck gambler, who just can't catch a break. The first half of the film is a bit too slow-paced for my liking, but the film thankfully gets a more natural flow in its second half. The various explorations Gerry's personal life could also become a bit too much at times, and I do think the film should have focused a bit more on his relationship with his daughter, rather than the people he owed money to.

Overall, a great low-key film that I highly recommend, even though I think it might not fall into everyone's taste.