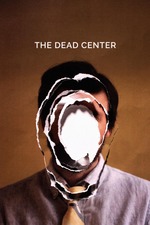 I’ve been reading a lot about the value of the critic of late, attempting to discern for myself what to do with competing personal desires: One which recognizes the benefit and internal value of slowing down to consider what the intention of a work might have been and what my own interpretation of that is, and the other relating to the fact that as a generally uninformed non-professional, myself, whatever I come up with isn’t likely to be incredibly groundbreaking, itself. The Dead Center is an interesting film to watch while these sort of considerations continue churning in the back of my mind.

The film was brought to my attention last year and it stuck out to me because I recognized Shane Carruth, who plays the lead role of Daniel Forrester. I find Shane very interesting. He’s a curmudgeon, for sure, and of the interviews I’ve read of his he definitely comes off like he’s aware he’s the smartest person in the room, but he also ties himself to projects that are thought provoking and entertaining (depending on who you ask, not always at the same time). And there’s my first consideration: Realizing how hyper-considerate Shane is when choosing his projects, does that say something of this film, where he’s stepped back from the production side of things to focus on his acting? Why The Dead Center?

I didn’t interpret The Dead Center as a horror film until the final scenes, which is interesting as the trailer (which I viewed after the fact) props that up as the main selling feature, essentially saying: You want horror? This. Is. Horror. (Writer/director Billy Senese calls it "a supernatural thriller.") No matter how it was marketed though, I’m curious what message there could be within the story, other than: Darkness exists and death is coming for us all. Whatever message that might be, however, becomes slightly diluted when learning that the story at the heart of the The Dead Center is a rehash (or extension of, depending on your interpretation) of Senese’s 2010 short film The Suicide Tapes.

The short film zooms in on a personal interview between a clinician and a patient. The Dead Center carries that interaction forward with more apparent supernatural themes, moving into and beyond the clinical mental health setting. But in that, so many of the details point curiously to nowhere in particular. Why is it important that Daniel Forrester had traumatic loss at an early age? Why is Michael Clark’s father so surprised that his son was found dead, then alive, if he's suspected that something like that this has happened before (per the evidence in his house). Also, there seems to be no greater significance of the circular drawing other than it serves as something of a stamp marking the path of Michael Clark’s death march (as though it were a meaningful plot piece taken directly from True Detective)?

This is where the question of the critic wraps back around for me. I’m wondering what the point of reviving the short film was without creating a deeper sense for what the force is that’s guiding Michael Clark. And as for any deeper meaning, could it be that Shane the director is more discriminant than Shane the actor? And I’m baffled by the closing song, the Jon Spencer Blues Explosion’s “Mean Heart,” which revolves around the theme of gnawing regret and a chorus that repeats, “You gotta get right with God / Fill your heart with love.” Other than bringing me back to the early 2000’s (when I had that album on repeat), what is the purpose of using that song? What is it supposed to communicate? There’s another result that comes from looking through a critical lens, and sometimes it’s just that the object of attention becomes less enjoyable the deeper you examine it.

Too Funny to Fail: The Life & Death of…