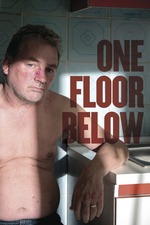 Muntean's sense of everyday rhythm is uncanny; Romanian movies have a knack (Iran does it too) for people having long, prosaic, oddly compelling conversations where they figure stuff out - but it's also a question of knowing what to look at, and how long to look; every detail seems to be its own little story, from the way our hero cups water in his hands for his dog to drink to the way his face becomes immobile after every answer when he's lying to the cops (or being economical with the truth). The mystery at the heart of the film - why he stays silent, and whether it's because it's "your business" or some more deep-seated guilt (why does he blow up when the guy points out he was eavesdropping?) - eats away at the life on display, one of the various little niggles in the fabric of quotidian reality, swimming like a virus among the work meetings and Champions League football nights and background chorus of government clerks, cops and neighbours. The murder itself is another hidden virus, of course, but also e.g. there's the sleepwalking son - babbling away from an unknown dimension - and stupid tiny mysteries like was the guy really sick, and how did he call if he was? A minor work, aimless by design, but it half-achieves something fascinating, a visual evocation of the gnawing interior weight that weighs down all our lives. Builds to the most realistically messy fist-fight in ages, too.