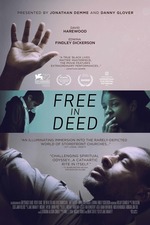 I felt depressed,
So naturally a pick a film about a empoverished black woman who struggles with her disabled son, is failed by a disinterested health-care system, and turns to seek help from religious fundamentalists who think the possibility of his healing will validate their needs from an absent God.

Cheery.
I passed on White Christmas why again?
On its own the movie is a hard but fascinating viewing (its based on a true story). The camera doesn’t shy away from dragging the audience through this gritty unjust world, and at nearly two hours it feels overtly raw. Still I caught myself checking my watch. The Middle of the film drags a bit until the very late third act.