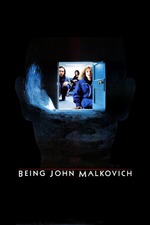 The only thing that keeps this movie from being a five-star movie is that it doesn't make me want to see it again. It looks fantastic, feels absolutely timeless (aside from the view of the Twin Towers from the Jersey Turnpike), and could have been a straight comedy if it weren't for the pit of the stomach feeling that only builds as the movie goes on. It makes high puppetry seem like a real thing. The main character throws away his goodwill with the audience in the second act. The seeming femme fatale becomes a legitimate love interest. The oddball wife, soon to be ex-wife, becomes the main protagonist later in the movie. It's strange but accessible. It's very 1990's in its cult film status but has 21st century sensibilities. It's a masterpiece, and I think it'll be at least another fifteen years before I dust it off again. I'm sure it will be in a fourth format, VHS, DVD, high def TV, and sonic waves direct to the brain in the future.